Skip to Main Content
Home Products Moving Out | Xbox One

Moving Out | Xbox One 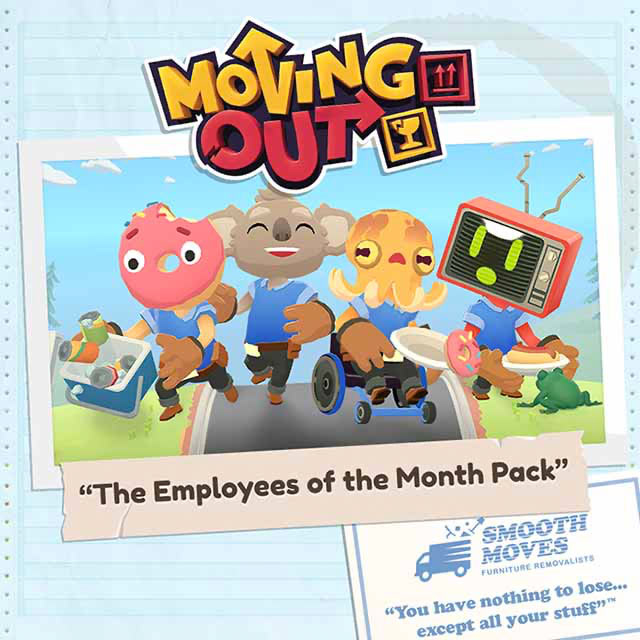 Pre-order now to receive access to “The Employees of the Month Pack” DLC featuring a set of four exclusive movers including:

Become a certified removals master in this action, puzzle, physics based moving simulator that brings new meaning to "couch co-op".

In Moving Out players can train alone or with friends to learn the do’s and don'ts of moving furniture. Expect plot twists, irreverent humour, cameos and borderline trademark infringing scenarios. You thought moving was dull, think again!

Recommended for the Moving Out | Xbox One